Michigan has been experiencing a brutal winter, for us. Several days of windchills at around -20, excessive snow (even for West Michigan), and an ice storm during Christmas week.

Last night my husband’s car had a flat tire on 28th street. The tire was ruined, the rim was wrecked. He managed to pull into a gas station off the road to change the tire. When he jacked up the car (a heavy old model Cadillac), the jack broke. A young man in truck saw what happened, got his jack out and helped my husband change the tire.

So many opportunities to sow mercy into the life of others during this severe weather.

Do you have any to add to the list? I would love to hear your stories

Suddenly the room was spinning. Not again! Not again!

All I did was turn my head 45 degrees after I woke up. I desperately did not want to finish turning over in bed. I knew about ten seconds after I rolled over, the room would spin again for about 30-60 seconds, depending on how bad it was. Then it would stop. After a little while I sat up. The room didn’t spin, which was good, but I didn’t want to go back to bed, even though it was 4:00 a.m.

I don’t have time for benign paroxysmal positional vertigo (BPPV).

This balance disorder of the ear is cause by a little speck of calcium carbonate that gets loose and falls in the wrong place in the inner ear. Every time I change the position of my head, by rolling over in bed, laying down, or bending over to pick something up off the floor the speck moves again and gives a false message to my brain about the position of my body.

One speck in the wrong place at the wrong time can really throw a wrench in my busy life. This disconcerting and uncomfortable disorder has caused me to withdraw and stop doing outside activities for the weeks that it can take for it to resolve. For a while after, I have some anxiety that it will come back and plague me again. It can be years between episodes.

The first time I experienced BPPV, it was frightening. I didn’t know what was happening. I thought I might have something terribly wrong, but it took a week for me to call my doctor. He performed the Epley maneuver in the office. The Epley maneuver can be very dizzying. I cried out; it causes some people to vomit. But it went away for three years.

About three years ago, I lost a summer due to BPPV. It started with a very loud noise. I would think that it was over, but every week or two, it would come back. I began to think there was something really wrong with me. I lost time from work. I stopped going places by myself. Bending over to pull weeds in my garden would start the spinning. When I dropped something on the floor I left it there for someone else to pick up.

I went to my doctor, and he sent me to an ENT (Ear, Nose and throat doctor).  Every time I visited the doctor, he would flip me from side to watch my eyes twitch (nystigma), a test used for diagnosis. It may have been a treatment as well.  Finally, he sent me to a physical therapist who specialized in vestibular disorders of the ear. She taught me how to do the Epley maneuver on my own. The morning before I saw the ENT for the last time for a follow up, I had a violent episode of spinning when I sat up in bed. I held on to the wall for dear life until the spinning stopped. After that visit, it went went away for three years. Until now.

BPPV is an affliction in my life. While it is not painful, it makes me fearful of falling. I start cancelling fun activities. Then obligations. It’s not too bad this time so far. As long as I keep my head in one position, there is no spinning. So I can go grocery shopping or to church without danger. But I dropped my grocery list at the grocery store. “Oh no,” I said. A young teenager saw it happen and picked it up and handed it to me. I dropped part of my bulletin at church, and a young man picked it up for me.

A friend at church suggested that it might be God’s way of slowing me down. Time to take a break from all the busyness in my life. Sometimes it is okay to depend on others and be thankful for their help. Take some time to listen to that still small voice.

“9 But he said to me, “My grace is sufficient for you, for my power is made perfect in weakness.” Therefore I will boast all the more gladly about my weaknesses, so that Christ’s power may rest on me.” (II Corinthians 12:9, The Bible, New International version).

This is a very good explanation of BPPV. 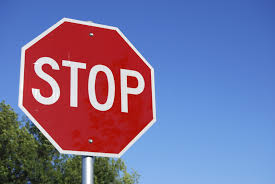 Great insight into confession and forgiveness for Christians.

Tell Your Story Your Way

A Journey Away from Cynicism

where it all began

lgordonblog.wordpress.com/
It's Not Me, Right?
A Quilter's Heart

Pondering to Poetry. Memories to Memoir